I’m not supposed to write about LIS (library and information science) for the next few months, but because of all the throwback photos I’ve come across in my Facebook feed recently, I feel I just have to write this. This is an inevitably long essay; sorry about that.

Like most new entrants (excluding shiftees) to the UP School of Library and Information Studies, I had no intention to pursue library school or become a librarian in the future. All of my life I wanted to become an engineer; I’ve always had an inclination towards building things that work. When it became clear that I couldn’t get into an engineering program yet, I came up with a fairly simple plan: treat my one year at the SLIS as a bridge of some sort, avoiding any form of attachment as much as possible, and shift out to the College of Engineering, only at which point I’d say my college life would truly begin.

That plan never materialized. I was put off by the idea of having to stay for at least another year in school, and I was starting to become attached to the people and the environment of library school. After much coaxing I joined an organization called the UP Future Library and Information Professionals of the Philippines, or UP FLIPP for short. This particular collective of students prides itself in its advocacy—the promotion of LIS in terms of its nature and supposedly increasingly important role in today’s information society. For seven semesters I was of those kids doing just that in whatever way we could —posters, videos, exhibits, talks, and a full-blown annual congress. The central ideology had remained the same: libraries and librarians have evolved significantly thanks to technological advances, and it’s about time to break the long-standing stereotypes associated with them.

This was an advocacy I carried along as I spent my first two years out of school working at an academic library. Unlike most librarians, I was almost solely concerned with IT infrastructure and systems. The server rack was my bookshelf, the hard drives and other storage devices my books. In those days “you don’t look like a librarian” was a compliment; I used to get that a lot. I gave a total of three talks, two on an information display system I developed for my undergraduate thesis and one on managing the library’s learning commons, and since the first one I expected blank faces among the audience, perhaps from LIS practitioners who never thought that my line of work could be considered librarianship. 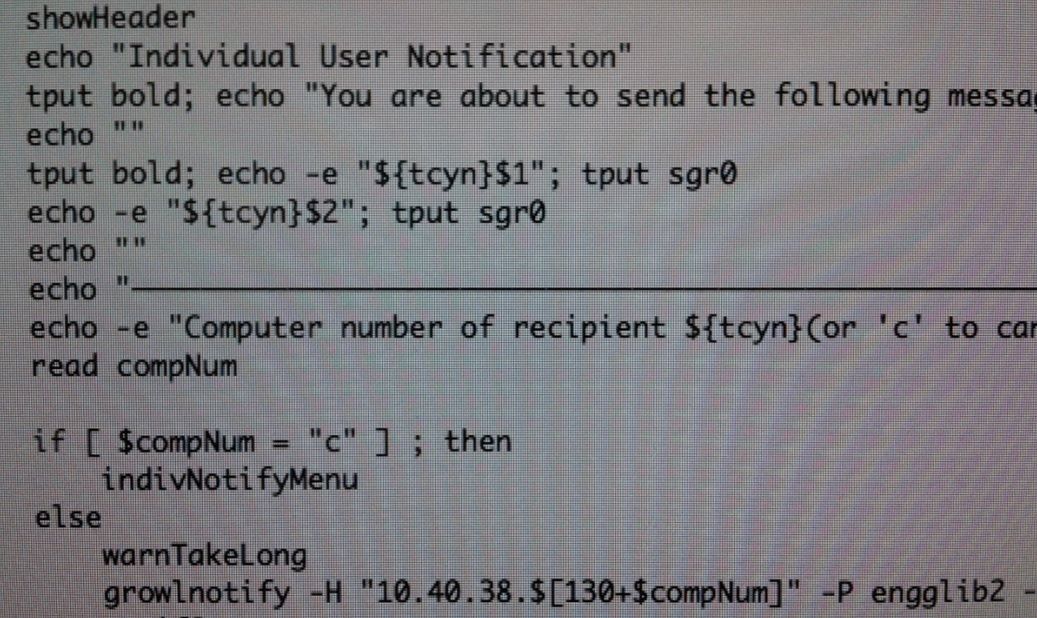 Amid the compliments and laudatory remarks I got from other librarians and even people outside the profession, I started to ask myself an important question I think all UP FLIPP alumni should ask themselves: Have we made that much of a difference? Has all the collective effort brought librarianship to where we’ve always wanted it to be? Has the profession, at least in the local setting, undergone the overhaul we have been so enthusiastic in preaching about, or have we spent years merely giving it a fresh coat of paint?

I’ve encountered a few people whose view of the profession would suggest that the UP FLIPP has somehow succeeded. In one social gathering I got to have a short conversation with AG Saño, who’s well known for his “Dolphins Love Freedom” murals. He asked about my educational attainment, and upon telling him I earned an LIS degree his face lit up and went on to talk about how librarians excel at something computer scientists, according to him, suck: organizing and making sense of information. Some people at the company I currently work at consider LIS as a broader discipline that encompasses IT or are at least curious about what librarians do nowadays.

But this is no reason to become complacent. Yes, we have managed to turn the once-looming threat that was the World Wide Web into an integral tool for learning, empowerment, and better service. Yes, we have somehow been able to give people outside the profession a fresh perspective on librarianship. But what about the underlying mechanisms that would enable the profession to take on new forms and new roles? Have we worked enough on that?

I believe that promotion merely for the sake of raising awareness of what libraries supposedly are now is, for what it’s worth, a symptomatic solution— a solution to a symptom of a problem rather than the problem itself. I believe that the problems that plague Philippine librarianship—insufficient ability to innovate or at least adopt new technologies, low regard by most people, and the tendency of library school students to shift out and graduates to pursue non-library careers— are mere manifestations of a system of issues that, in my opinion, poses a threat much greater than disruptive innovations: the reluctance to evolve.

The Fifth Law of Library Science, as SR Ranganathan put forth, is that the library is a growing organism. A growing organism constantly adapts to its environment through changes to its behavior, taking on new forms and capabilities as seen fit. Given this nature, common sense would tell us that libraries, and librarianship for that matter, are expected to evolve as new innovations bring about new ways of doing things and render obsolete old ones. Thus it would be imperative to constantly adapt library educational programs to changing trends not only in technology but also in the way people create, organize, and consume information. It would also be imperative to transform libraries such that they can continue to serve their patrons effectively, and to provide enriching career opportunities to future generations of librarians in the process.

I am greatly disappointed to realize that after all the hype surrounding the supposed “new librarianship,” the same problems trumpeted to have been mitigated time and time again throughout my college life actually persist. The veneer of technological savvy tries desperately to mask the collective hesitation to embrace innovation, it turns out. Certain undergraduate subjects, I have observed, continue to be taught in the exact same manner as they were taught seven years ago despite notable changes and developments that have come since, and while a curriculum overhaul looms over the horizon, we have yet to see notable changes in how these courses are taught. LIS graduates who chose to pursue specialized tracks such as information systems still tend to pursue non-library careers, perhaps because there isn’t a lot of libraries in the country that can offer the kind of learning and professional growth they need. The “information technology” part of the licensure exam for librarians, which happens to be more a list of quiz-bee questions than part of a professional assessment, continues to have the least weight despite its increasing importance. Much has been said about the RDA, the new cataloging standard that replaces the beloved AACR2R, but little has been said about integrated library systems, the implementation of which is a must for a successful transition. Heck; most of us haven’t even mastered our MARC tags yet.

It turns out that as we preach with so much ardor the supposed transformation of Philippine librarianship, a lot of those among us continue to cling desperately onto the familiar and convenient, having little consideration for the need to evolve, and worse, paying lip service to progress. There are and will continue to be librarians who, despite the mounting pressure to adapt and evolve, would continue to confine themselves in their narrow view of the profession and weigh down the rest of it by perpetuating a culture of stubbornness. This is, in my opinion, a greater problem than the “image problem” we’ve been trying so hard for years to fix, and a problem perhaps as great as the World Wide Web was when it posed a threat to libraries and librarianship decades ago.

So what’s in it for you, kids? Or rather, what must you do now?

The first step is to recognize that a change of culture within the profession is needed before we can even start promoting. You don’t join organizations like the UP FLIPP to promote idealized librarian personas or libraries that only exist as drawings or a mix of ideas. You don’t brag about something you don’t have, and you don’t advertise something that isn’t so. Remember that the image we put up as a profession is a reflection of our culture and the ways by which we perform our duties, and whatever perception other people may have of us is a product of what we are. Remember that you are supposed to sell a profession, not a vision.

The second step is to get other people within the profession to move along, to ride the waves, rather than the other way round. Give the stubborn ones a compelling reason to ride it. The world’s an ocean, and we’re all swimmers; either we swim along or we stay put and sink to the bottom. And I’m not necessarily talking about old people here; I’ve met some old librarians who are enthusiastic about recent developments in LIS, and they’re a delight to talk with. In fact you don’t have to worry about them as much as you should about the younger ones, those who are still a long way from retiring. Start with your network; the rest will likely follow.

The third step is to keep the engine running. Among your ranks will rise gamechangers, disruptors, innovators, and educators—people who have the power to influence others and will pass on the torch of progress on to those who come after them. Turn persistent stubbornness into persistent innovation, and make sure it doesn’t stop. Inspire when given the chance to. Teach when you have time (and the patience) for it. Share what you’ve learned; whenever you do, you help not just another kid but the rest of the profession as well. And when their turn comes, the cycle will repeat itself.

Lastly, don’t be afraid to speak your mind. Challenge conventional wisdom if you must, albeit in a respectful manner. Stand up for what you believe will move Philippine librarianship forward, and don’t let the archaic “usapang matatanda” mentality get in the way. Ours is a smart generation. We aren’t afraid to question prevailing opinions or practices. Keep it up; your profession badly needs that.

And one more thing: never fall into the trap of thinking of innovation, or technology for that matter, as an assortment of buzzwords. It takes more than having the latest gadget or being up-to-date with recent tech developments to be passionate about it, and it doesn’t take a geek to appreciate it. Wearing glasses, talking about how awesome the new iPhone is, or mindlessly stringing tech terms together like “dynamic high-performance automated adaptive document semantic analysis and cataloging system for standalone computer systems and other electronic devices” for your thesis title wouldn’t make you any smarter or more innovative. 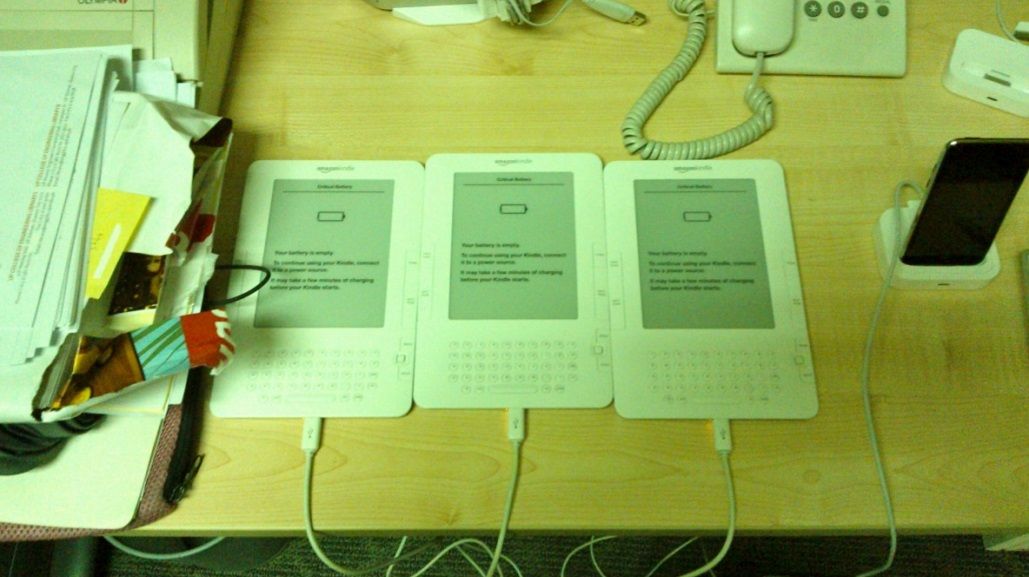 This essay is a result of three years of careful thought and observation. I may have gotten things right, and some of you might prove me wrong on certain matters; I’d love to talk more about this with an audience some time. Nevertheless I believe that the state of the world today—the global information society we have now—presents a golden opportunity for librarianship to reclaim its role as an engine and a steward of knowledge and an instrument of empowerment for many, just as libraries of the past have helped spawn people who changed the world in one way or another. Just as we managed to pull ourselves through the onslaught of disruptive innovation, we should be able to turn things around and get moving. My hope is not for all of librarianship in this country to become high-tech—let’s face it; it wouldn’t be that easy—but I believe that everyone would be better served by a librarianship that evolves with the world around it.